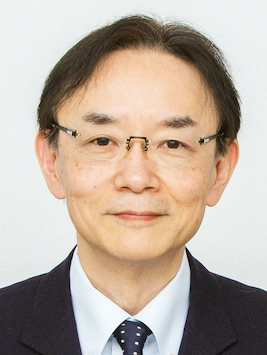 In 2011 cancer, cardiovascular disorders, apoplexy and diabetes and newly added mental disorders became “Top 5 health priorities” by the definition of the Japanese Ministry of Health, Labor and Welfare. The following points can be given as reasons. First, the combined number of the patients suffering from mental disorders exceeded all other patients from the top 5 health priority list. Second, mental disorders cause a big social burden. For example, loss of life is not the only result of disease to affect individuals and society. Disease also disrupts daily life and reduces people’s ability to take part in usual social activities. According to the disability-adjusted life year (DALY) index by the World Health Organization (WHO) that captures both premature mortality and the prevalence and severity of ill-health, mental disorders have exerted the greatest negative impact on lifestyles. Thus, mental disorders have been placed as one of the main targets of medical practice and research.

Thus, the JSPB is going to promote the research to clarify the relationship between psychiatric symptoms and the structure and function of brain and body from micro to macro-levels, to aim at the evidence to contribute to understanding and diagnosis and treatment of mental disorders. Furthermore, the JSBP will announce the evidence to public including patients and their families and educate young scientists and clinicians to acquire more evidence in the future. In above-mentioned activities, the JSBP is going to collaborate with related societies such as the Japanese Society of Psychiatry and Neurology and the Union of Brain Science Associations in Japan.

Finally, I would like to take this opportunity to express my thanks to all of our members for their understanding and cooperation.

Welcome to the website of the Japanese Society of Biological Psychiatry.

Biological psychiatry is an academic discipline that views psychiatric illness as a functional disorder of the brain and therefore strives to understand the causes and treatments of illness in terms of brain function.

This society is a representative research organization of biological psychiatry in Japan, which was established in 1979, with a membership of approximately 1,700 that consists mainly of clinicians but also includes brain scientists and others involved in basic research.

One of our main projects is the society’s annual academic conference, where some 800 participants engage in lively discussions. The conference has been commended by Japan’s psychiatric community for its high level of scholarship. Another central effort of the society is publishing our official journal, the Japanese Journal of Biological Psychiatry. In volumes comprising some 400 pages each year, the journal provides a broad range of information on topics from clinical practice to basic research, with a focus on review articles.

In addition, the society grants awards to encourage young investigators to present their research at international conferences and prizes for outstanding academic articles, and it conducts an exchange program that sends young investigators to Asian countries on a reciprocal basis. Consequently, it is recognized as being an organization that is particularly rich in internationalism.

The Japanese Society of Biological Psychiatry is expected to continue to maintain and strengthen its presence as a pivotal research organization in the field of biological psychiatry in Asia and to further expand its international activities in the future.